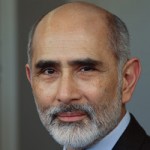 Dr. Muñoz is Distinguished Professor of Clinical Psychology at Palo Alto University. From 1977 to 2012, he was professor of psychology at the School of Medicine of the University of California, San Francisco, based at San Francisco General Hospital, where he served as Chief Psychologist. He specializes in the prevention and treatment of depression and in smoking cessation. He was a founding member of the board of directors for the International Society for Research on Internet Interventions and serves on the editorial boards of Internet Interventions, the Journal of Latina/o Psychology, and Clinical Psychological Science. Since the 1990s, he has been a pioneer in the development of evidence-based internet interventions for health. 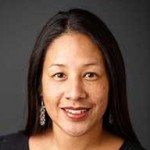 Dr. Barrera is a bilingual (Spanish/English) licensed clinical psychologist with a specialty in working with immigrant, Spanish-speaking individuals with mood disorders. Her research focuses on designing and testing depression programs for underserved populations. Her most recent work is a prevention of postpartum depression Web-based randomized trial. Dr. Barrera is also working with community providers to design a depression treatment for immigrant women from Latin America.
In June 2016, Dr. Barrera shared her work with colleagues and graduate students at the University of Zaragoza in Teruel, Spain. While in Spain, Dr. Barrera also gave a talk to Sociedad Marce Española, which is part of the Marce Society for Perinatal Mental Health.
Read about Dr. Barrera's visit to Teruel, a subsequent interview about her visit, and her talk to Sociedad Marce. 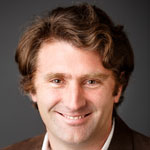 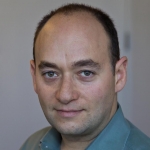 Yan Leykin is an Associate Professor at Palo Alto University, and a bilingual (English/Russian) licensed clinical psychologist. His research interest include the development of internet-based resources for depression. He has created several internet interventions for depression and a multilingual depression and suicide screener. Additionally, he studies judgment and decision-making of individuals with depression. His future projects will focus on optimization of internet interventions and on understanding of how depressed persons evaluate symptoms of depression. 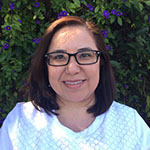 Blanca Pineda joined the i4Health team in March 2018. Prior to joining PAU, she worked at Stanford University for several years. She is bilingual (English/Spanish) and is interested in using internet interventions and digital technologies to enhance learning outcomes in psychology and education. 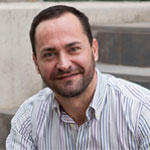 Dr. Jorge Osma is an Assistant Professor and Coordinator of the General Health Psychologist Master at the Department of Psychology and Sociology at the University of Zaragoza in Spain. His research​is​focused on the prevention and treatment of psychological disorders, with a specific focus on anxiety and depression.​He​is currently working​on two studies: a group format of the Unified Protocol for the transdiagnostic treatment of emotional disorders in a public mental health setting and in the use of Information and Communication Technologies (ICT) to prevent of perinatal depression. 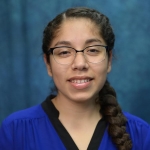 Angelica received a Bachelor of Science in Biology and a Bachelor of Arts in History from Stanford University. She has previously worked on research concerning the cognitive and neurological effects of cancer and chemotherapy. Her commitment to serving underprivileged communities has led her to work closely with Spanish speakers in the East Palo Alto area. Through her work with i4Health, Angelica hopes to learn more about long-distance health care delivery methods for people with limited access to in-person care. 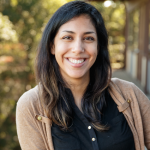 Julia received her bachelors degree in Psychology from Haverford College, writing her senior thesis on parenting styles and Bicultural Integration. Julia has a love for languages and cultures, which has lead her to travel throughout Latin America and China. She currently works with inpatients at San Francisco General Hospital under the supervision of Dr. Eddie Ong and Dr. Emily Lee. She is also working for Dr. Adrian Aguilera on a study using text messaging as an adjunct for therapy. Her interests lie in how culture relates to psychology and how to provide mental health services for underserved communities. 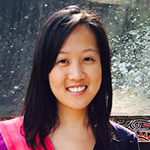 Jessica is interested in the intersection of psychology research, technology, and social impact. Since graduating from Stanford University with a BA in psychology in 2010, she has researched, designed, and launched planning software for the International Space Station at NASA. While at NASA, she joined a mobile gaming startup as first employee where she helped to define and grow a product and business; they were acquired by Yahoo! in 2013. Afterwards, she moved to Indonesia to learn about the challenges of building technology startups in developing countries. She is looking forward to her next adventure - working with top psychologists to research and develop innovative mental health technologies.