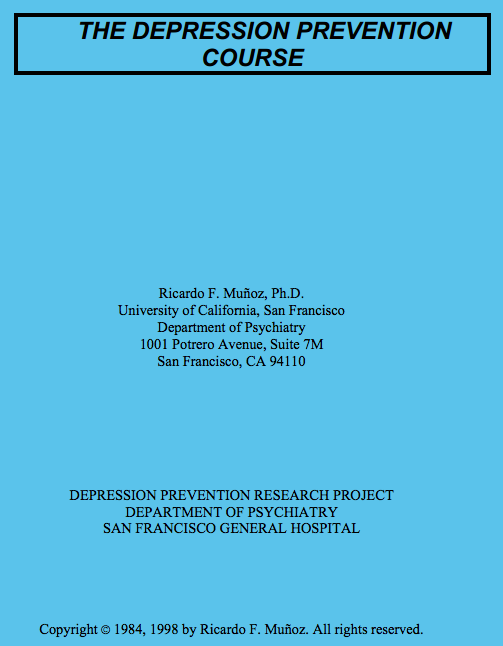 This course was used in the first randomized control trial designed to test whether major depressive episodes could be prevented (Muñoz & Ying, 1993). The study, called the San Francisco Depression Prevention Research Project, was awarded the 1994 Leland Rowland Prevention Award by the National Mental Health Association.

The course consists of 8 sessions, intended to take place once a week for 8 weeks. The student manuals are available on this site in English, Spanish, Japanese, and Chinese. They have also been translated into several other languages (Dutch, Finnish, German, Korean, and Norwegian.) The instructor manual is only available in English.

The cognitive behavioral methods used in the 8 lessons are based on the work of Peter Lewinsohn (Lewinsohn, Muñoz, Youngren, & Zeiss, 1978, 1992).